We were thrilled to hit the fundraising target for the Solar Batteries fund at the beginning of February. This has given everyone at St Paul KAASO a real boost and they’ve been able to undertake the replacement of the solar batteries already.

The solar power will be used to provide light in the school and to charge electrical items such as laptops, phones and scientific equipment, as well as radios used between staff members. 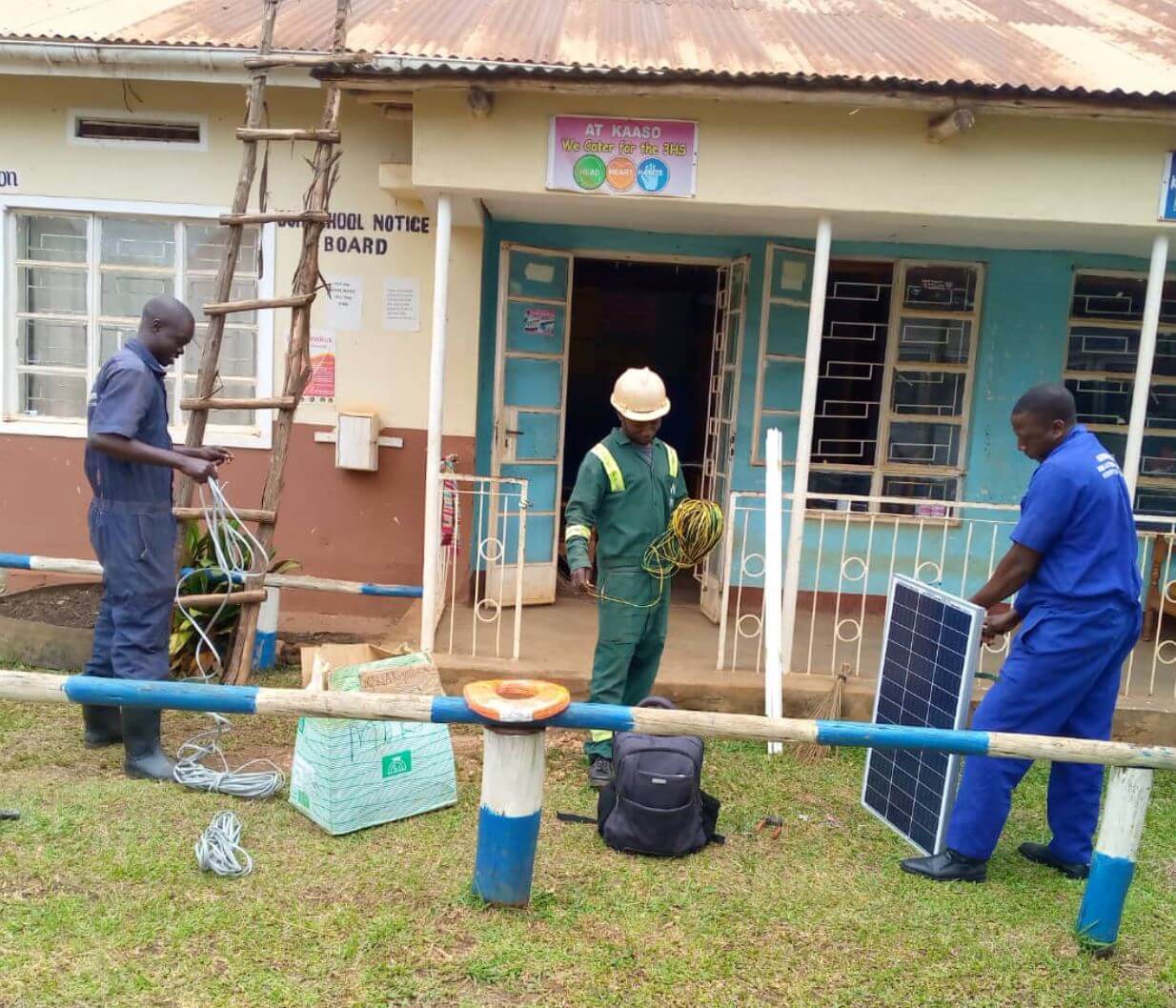 We were really pleased to hear that more students have now been able to return to KAASO safely. In the photo below, the students are holding ‘success cards’ – they carry a message of success for those going to sit examinations! We thought this was a lovely idea so wanted to share it with you. 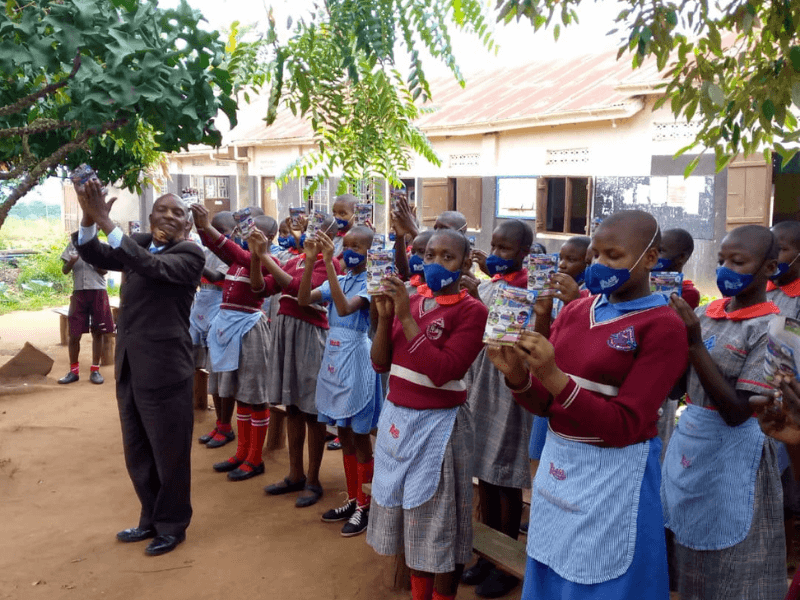 A book about KAASO to be published!

A wonderful woman called Emma Outteridge has written a book about her experiences volunteering with St Paul KAASO.

In 2009, aged 25, Emma visited KAASO naively intent on ‘giving back’ and ‘saving the world’. However, this is not a story of scraping the surface on a token voluntourism jaunt, but of a lifelong love affair. While at KAASO, Emma was asked by a young student, Henry, whether she might sponsor the rest of his education. Initially hesitant to make such a commitment, she would go on not only to sponsor Henry, but also to found the Kiwi Sponsorships programme, funding the secondary education of more than 70 children in Uganda.

If you’re buying any Easter treats online, please consider doing it via Give as you Live and you can raise free donations for Unity is Strength while you shop! 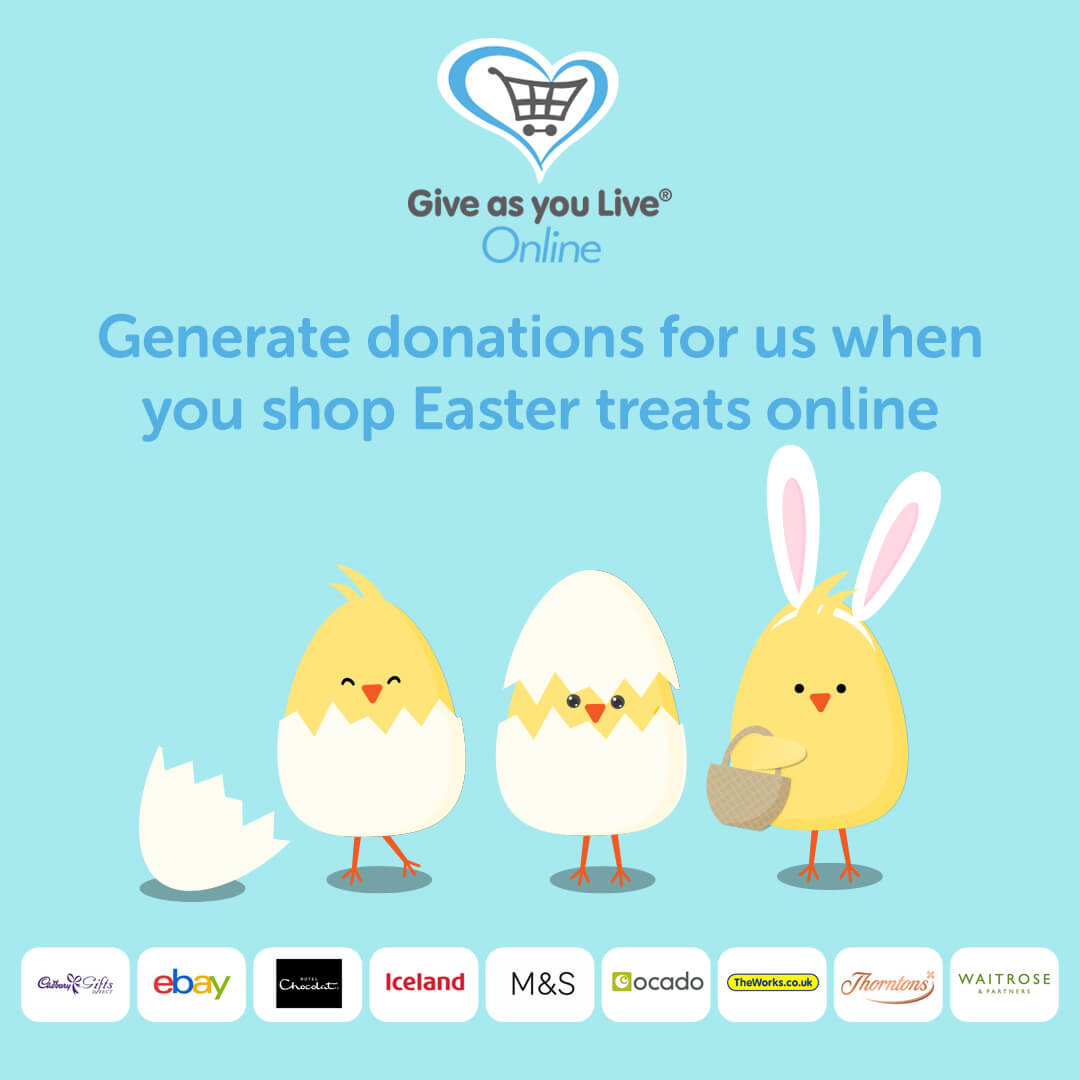 If your birthday is coming up and you’d like to do something for charity, you can do a ‘birthday fundraiser’ for Unity is Strength on Facebook. Not only is it fantastic to get some extra donations in, but it really helps to spread the word about St Paul KAASO and the school’s story.

All the info on setting up a page can be found here. If you need a hand, please don’t hesitate to get in touch.

Get in touch, we’d love to hear from you